We are CALLED by Christ to
GROW in faith,
BUILD relationships, and
SERVE all people.

If you or a loved one would like to be added to the prayer list, please contact Lorna McCullough at 336-259-5814. If you put a name on the list, please keep in touch to let us know how that person is doing, as names are removed after three weeks. During the coming week, please pray for:

We extend our prayers and sympathy to Skip Price and family on the death of Barbara Price on Wednesday April 8, 2020. A service celebrating Barbara’s life will be planned at a later date. You may offer your condolences to skip by email or text message. Read Barbara Price’s Obituary here.

We extend our prayers and sympathy to Margaret Jones and family on the death of Hoxie Jones on Friday April 10, 2020. No memorial plans have been made at this time. Read Hoxie Jones’s Obituary here. 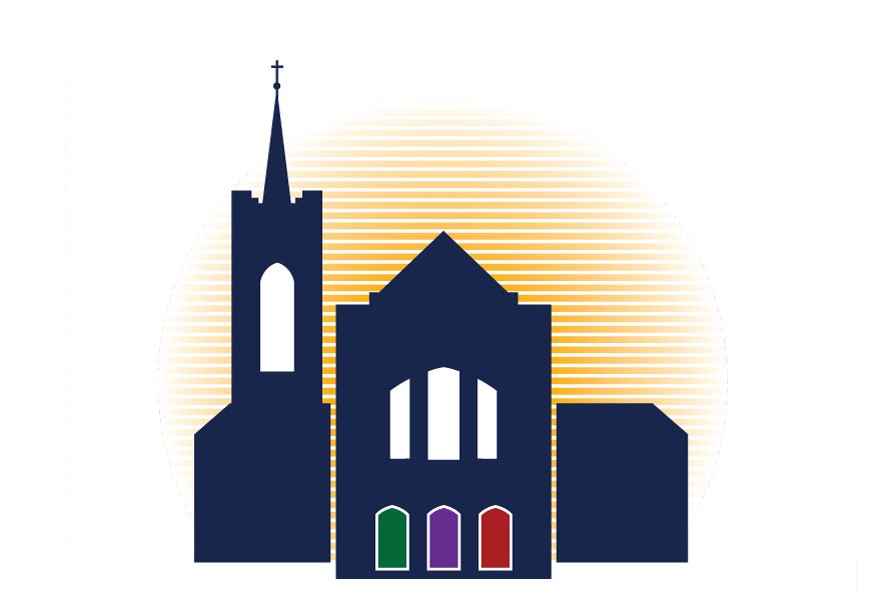 SUNDAYS AT 10 AM
LIVE WORSHIP ONLINE VIA MUMC’s FACEBOOK PAGE and on WGOS AM 1070. Don’t have Facebook? CLICK HERE to watch Sunday worship after the fact.

We will continue offering 10 a.m. live worship service via Facebook and WGOS until further notice. At 11 a.m. on Sundays, we are airing recordings of past Memorial 11 a.m. worship services over WGOS. (Please keep this in mind when you hear the announcements read during these services! The messages are timeless, but the events are not.) 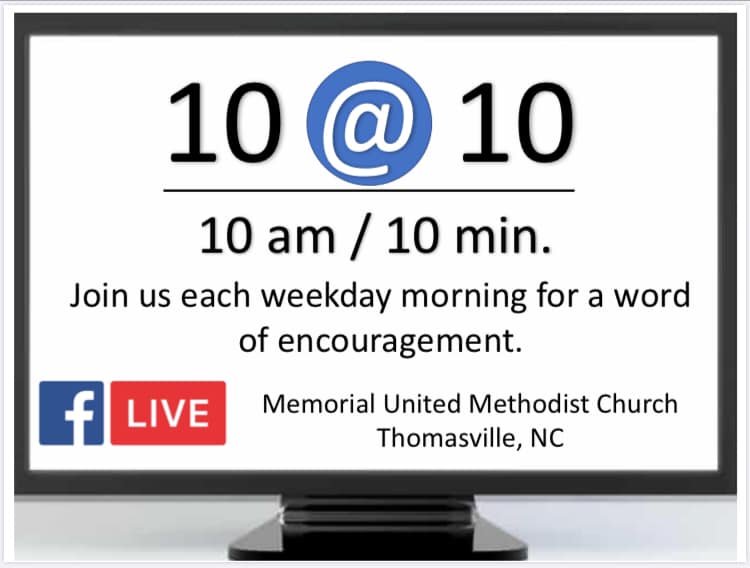 WEEKDAYS AT 10 AM
LIVE VIA MUMC’s FACEBOOK PAGE
VIEW PAST 10 @ 10 DEVOTIONS HERE.

During these days of physical distance, your ministerial staff are eager to offer daily messages of hope, and opportunities for connection and reflection. Tune in to 10 @ 10 on our Facebook page weekdays at 10 a.m., for 10 minutes of good news shared by Memorial’s ministers. Don’t have Facebook? Missed a 10 @ 10 one day? Not to worry. You can view past videos and read the printed versions of the devotions HERE. 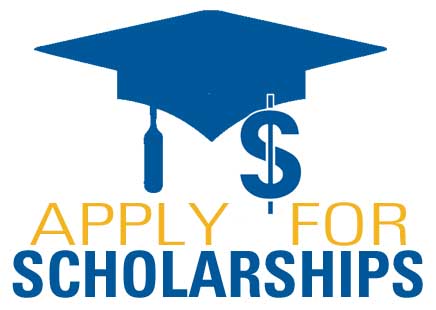 UMW SCHOLARSHIP
Due to Susan Frye by April 23

R.L. POPE BIBLE CLASS SCHOLARSHIP
Due to High School Guidance Counselor by May 4

UMW Scholarship Eligibility: The applicant must be a member of Memorial United Methodist Church and/or an active member of Memorial United Methodist Youth Fellowship and a graduating high school senior. Selections will be based on youth who have demonstrated sound moral character and who have a strong academic standing. Deadline for emailing application to Susan Frye is April 23.

R.L. Pope Scholarship Eligibility: Application for this scholarship is open to seniors at Thomasville, East Davidson, Ledford, and Wheatmore High Schools. This will be the 27th consecutive annual award, which will benefit one deserving senior upon first-year entry to college. Applicants should contact the guidance office at their high school to coordinate getting the application and submitting it.  Deadline for submitting application to high school guidance office is May 4. 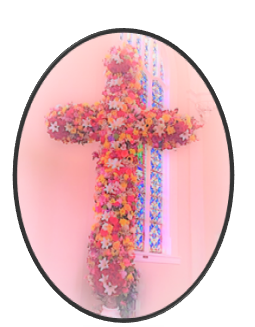 Although we could not be together in person this past Sunday, Easter was celebrated and many were gathered for worship online. If you were not able to join in Sunday, you still can view the service, which was recorded. Our worship included Easter music shared by Brian Russell, Paige Hepler, Norris Norwood, and a guest brass quintet directed by Danny Frye.

WAYS YOU CAN HELP FROM HOME 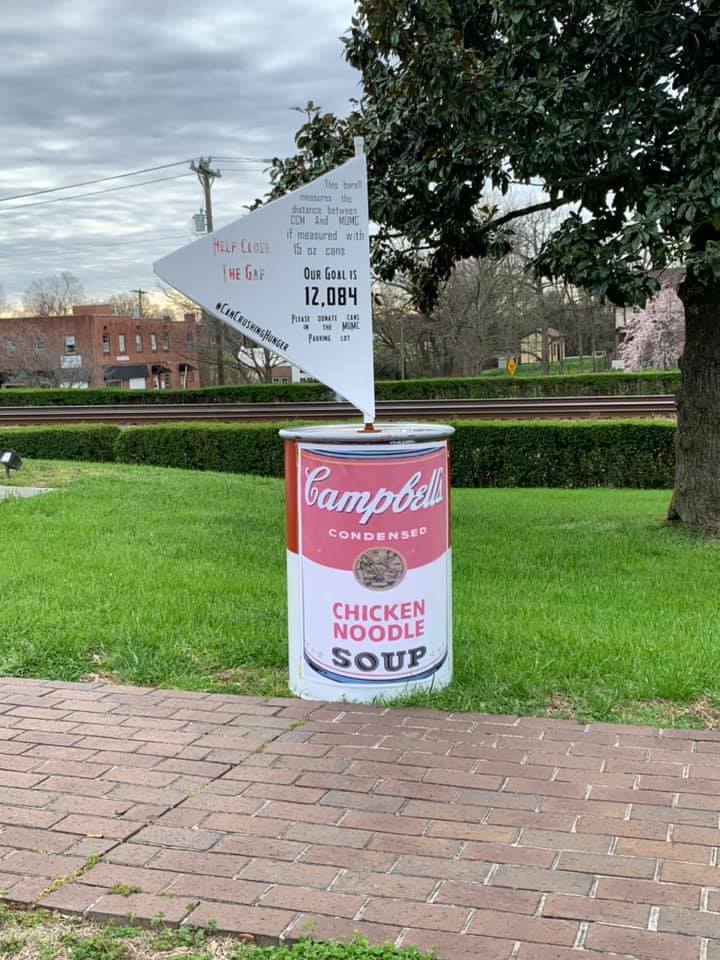 Your ongoing generosity to Cooperative Community during a period of unprecedented need is sustaining many. Thank you for continuing to give. Here’s how to give:

GIVE BY MAIL:
Make checks payable to Memorial UMC, noting “CCM Food Drive” on the memo line. Send to the church at P.O. Box 428, Thomasville, NC 27361. 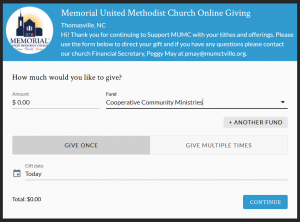 3. At the end of the Fund/Budget Fund line, click the DOWN ARROW/TRIANGLE ICON and select Cooperative Community Ministries. (Do NOT select the + ANOTHER FUND button.)
4. Select GIVE ONCE or GIVE MULTIPLE TIMES, depending on your preference.
5. Select GIFT DATE to select a specific day or use the default of Today.
6. Enter your email address and click CONTINUE.
7. A new page will open where you enter your financial information. Click GIVE and you’re all set.

The site is safe and secure. Additionally, you can use this same website to do your tithing and church offerings. 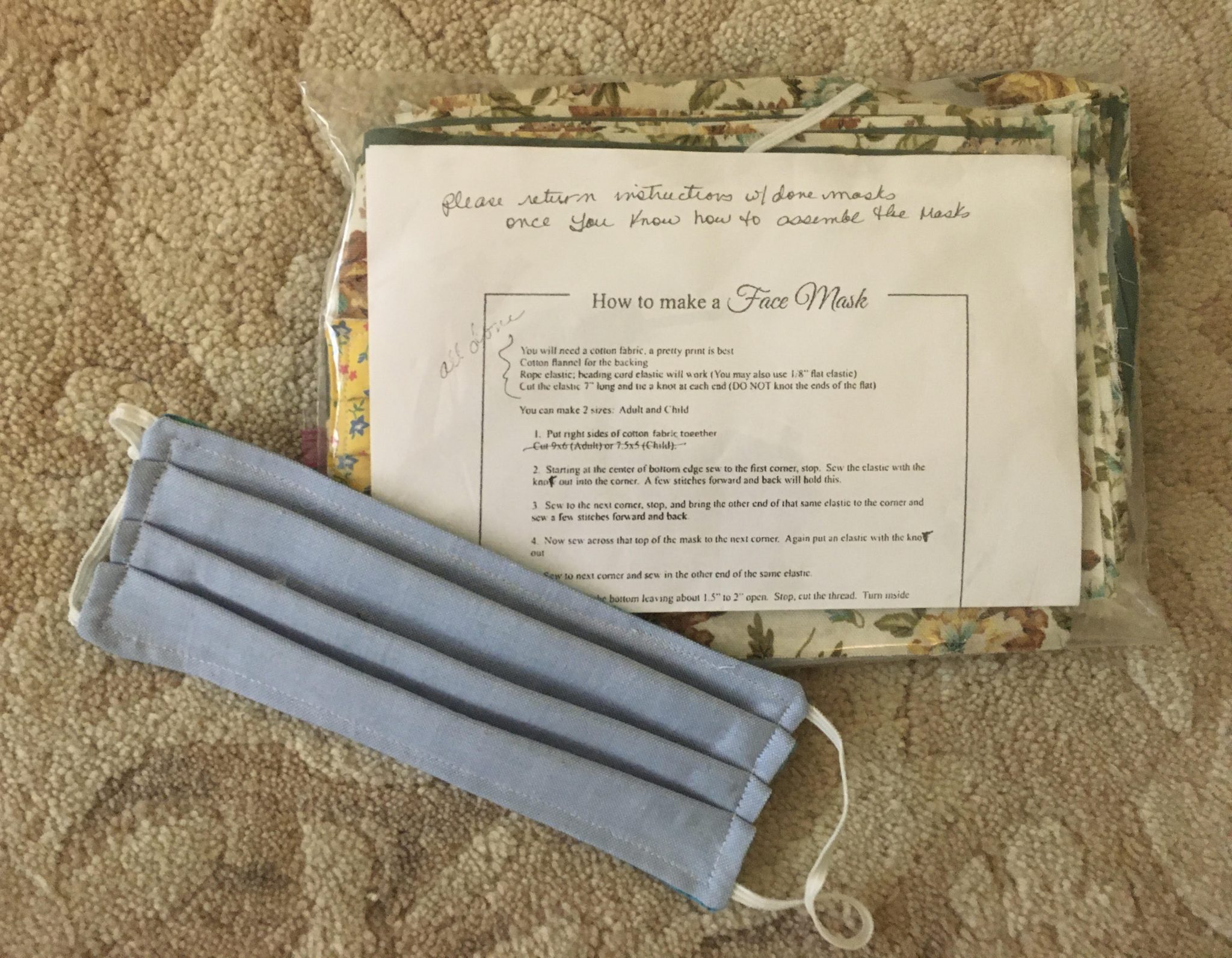 The Memorial UMC Sewing Ministry has been working quickly, producing hundreds of cloth masks already. More masks are needed, and if you can sew, you can help! Ready-to-sew mask kits can be picked up from the shelving in the church breezeway. Contact Katie Conant if you have any questions about this project. 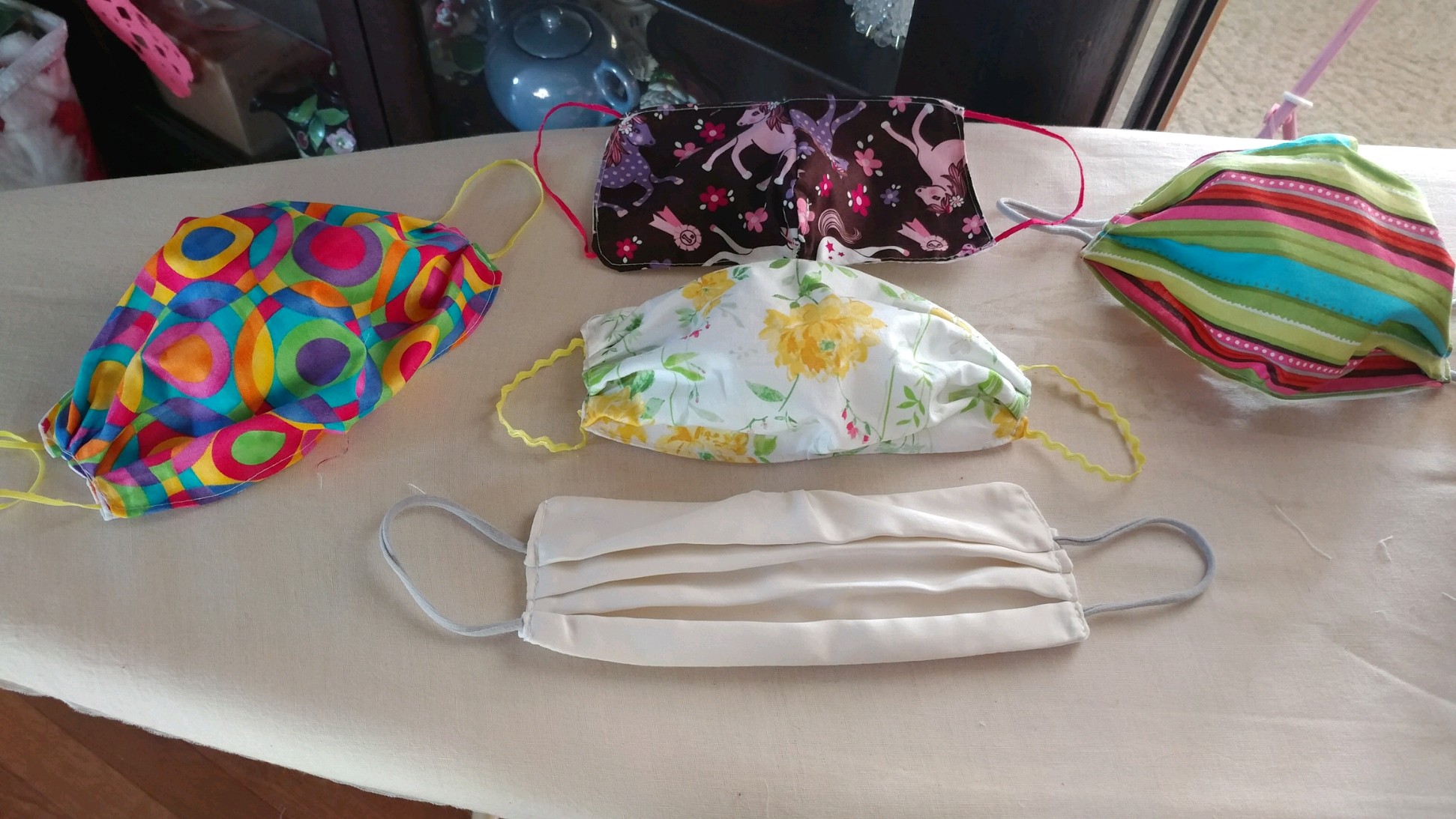 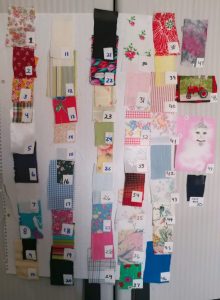 Memorial’s Doris Link is selling handmade cloth face masks for $5 each, with all proceeds going to offset medical expenses for her daughter’s journey toward a kidney transplant. You may reach Doris at dlinksewgirl@gmail.com. She wants you to know she may be slow to respond to email as she is also working, but she will follow up with you to arrange delivery and payment (cash is preferred). Fabric options are shown in the photo at left, numbered so you can let her know your choices. 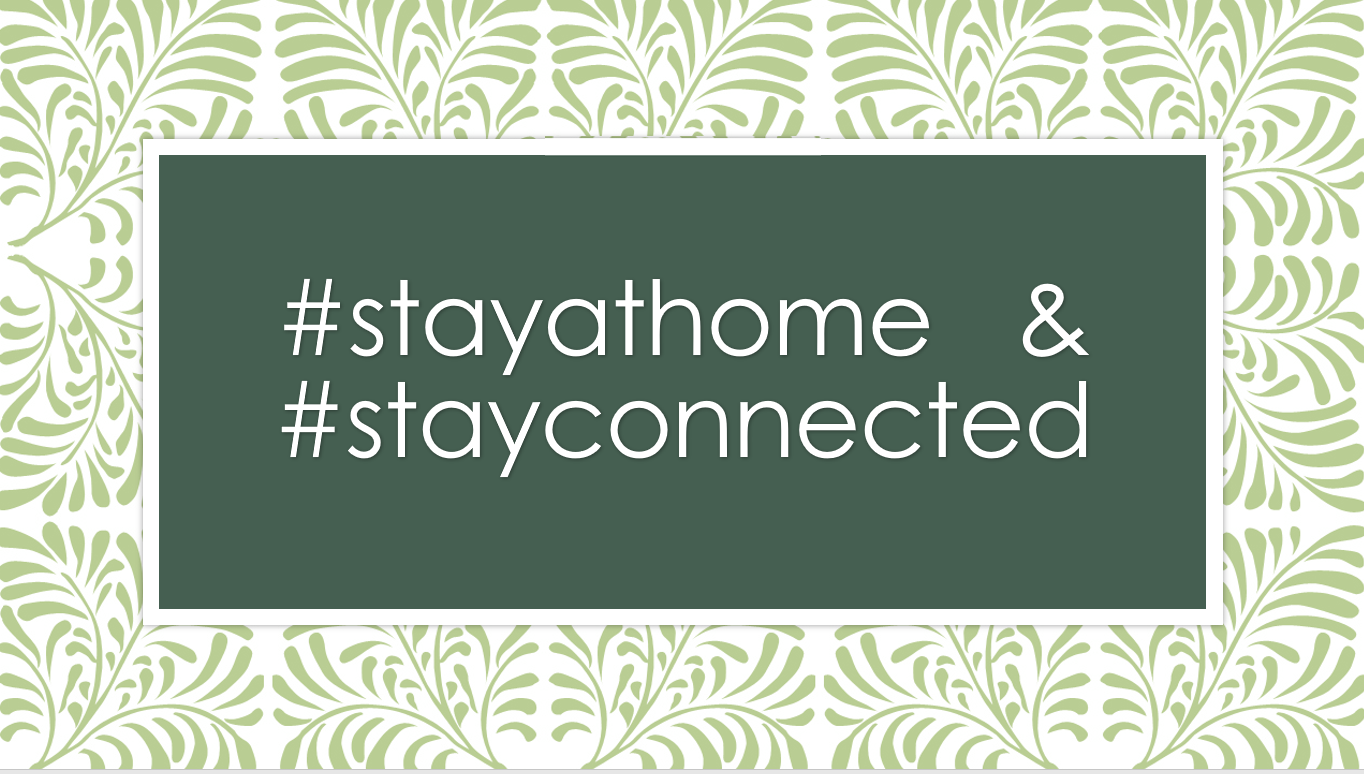 During the temporary closure of the church buildings, staying connected is of vital importance. We are offering a variety of options by which you can connect. 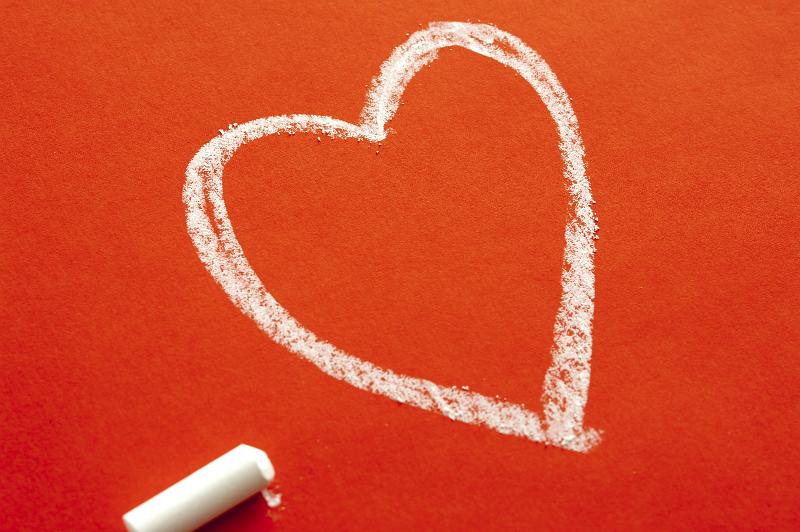 A DEVOTION FOR YOU

Angela and I were getting settled into a new parsonage when our children were toddlers. Part of the process of settling in was selecting a theme for the children’s bathroom. That’s something I learned you were supposed to do. It is a good idea having a theme because it ensured that everything matched that decorated that space.

We chose Noah’s Ark as the theme. The story of Noah’s ark is one of the most beloved Old Testament tales. It is a sweet, adorable theme. I never realized there were so many things that were in the theme of Noah’s ark. Images related to Noah’s ark were on wall paper border, with all sizes and shapes of animals. Smiling animals. Happy animals. There were colorful rainbows. Wall hangings, pictures, diaper pails. Delightful.

But if you know the entire story of Noah’s ark, some parts of it would not show up in a themed space. All we think about is the beginning and the ending of the story—rainbows and unicorns. (Maybe not unicorns.) Our bathroom theme made no mention that the story was about the greatest ecological disaster ever, having destroyed everything living on earth. Somehow the images of the ark that adorned the walls left out the smells and mess resulting from animals living in overcrowded conditions for months.

And there was Noah. Noah. Thank goodness Noah wasn’t portrayed as the 950-year-old man he was when he died. I’m also grateful there were no images of Noah passed out drunk and naked in his tent. (He did that, you know.) He started out as a righteous and God-fearing man. He didn’t ask for all of this. This wasn’t a Gilligan’s Island kind of adventure. It wasn’t an adventure that Noah scheduled for his family.

Another part of the story shows us a fearsome image of Noah’s ark, as huge a vessel as it is, bobbing helplessly on turbulent waters, chased hither and yon by howling winds. God is off wreaking destruction upon the planet and seems to have given no further thought to Noah, his little family, and their animal cargo. God was, after all, wiping everything clean. The entire world had gone astray and God chose this way to restart.

Noah didn’t ask to be involved in this drama. But he was right in the middle of it. But then come words of grace—just three little words. The Bible says, “God remembered Noah.” The Lord does not abandon him to the ocean swells after all. God closes “the fountains of the deep and the windows of the heavens.” And then, a full year after the flood began, the earth is dry once more. Dry enough to bear the weight of human feet.

We want to be remembered. It is uplifting to reunite with friends from high school and to be recognized, to be remembered. Some want to leave a legacy, and be remembered for the good they have done in their life. In the Psalms, the writers, when in a time of turmoil or trouble, often call out to God, beckoning God to remember them.

God remembered Noah. The wonder of it all is this: the great Creator God, the one who fashioned space and time out of nothing, is yet able to remember individuals. That’s a remarkable claim. Noah and his family are not alone. We are not alone.

There come times in our lives when storms and floods descend. Possibly the coming wave of a pandemic. In a desperate hour, we may feel as though we’re bobbing on the waves, floating on chaos itself. God’s solution, in such a dark hour, is not what we’re typically inclined to ask for. God offers those who are “at sea” not so much a spectacular rescue, but rather a slow and steady process of the waters’ subsiding. Through it all, God remembers us. And with that remembering comes the promise of new life.

God remembers us because we are the work of his hands. God created us individually, and wonderfully. We want to be remembered. It doesn’t mean that all of life will be without problems, but it means that God remembers us. God knows us.

You are remembered during these days. We remember you in our prayers. During these times of uncertainty, I hope you, too, w

ill remember others, and if you have the opportunity to serve them, I hope you will. God remembered Noah. God remembers you. May God bless you.