“Something full and hopeful wells up in me when I worship with people from a different corner of the world.”

I’m not sure where the incentive came from, this habit of reaching across racial and ethnic lines to find ways to be the church. My ministry has carried this theme, knocking on doors to meet the neighboring pastor who doesn’t look like me; sometimes they are Black, Hispanic, or refugees from Africa or Southeast Asia. I have sat in homes with my legs crossed, eating exotic dishes, and once was dressed in an elder’s robe of a Liberian tribe as a show of their appreciation. All to say, the Stranger to Neighbor Dinner with the Hispanic congregation at Our Lady of the Highways Catholic Church on Friday September 14 fits a pattern.

I have asked myself if there was something in my childhood that set me in this direction, but nothing outstanding comes to mind. There were no shining mentors or cross-cultural experiences in my past. To the contrary, I grew up in a blue-collar town of French and Polish descent that was not kind to people who looked different. I recall one Black child in grammar school, and he wasn’t treated well. When the afternoon bell rang and we were let out, he was ridiculed by a group of boys as we filed into our buses to go home. I was young, shy, and not much of a leader at the time, and I didn’t say anything. Then, I never saw him again. Did his family leave town? Were they frightened? I never knew. But the memory has left me with sadness I feel fifty years later.

The next town over, across the river, was poorer than ours, which was saying something because we were mostly mill people. Along the river, in an area where industry had emptied out a generation earlier, Puerto Ricans had settled into rundown tenement housing. The only thing I knew of them was what bigotry had taught me. They had come to Massachusetts because the Welfare was better. They were dirty and lazy. I knew nothing of their hardships and their work in the factories.

I could say that it has been the desire to redeem my past and the people I came from that sent me forth in the name of the church to people with different skin tones and cultures, but that would be only partly true. It is not guilt that motivates me, or the need to make reparations. It’s joy. Something full and hopeful wells up in me when I worship with people from a different corner of the world. There is a sense of coming home, of arriving, if for only a moment, to where God wants inevitably to take us.

I had not been in my first appointment more than a year and I was tracking down the pastor of the African Methodist Episcopal Church a half mile down the street from my charge. It was 1985 and Union County, North Carolina, was mostly rural. The night we held our first joint summer revival, I stepped outside to see why only my congregation was seated in the pews. 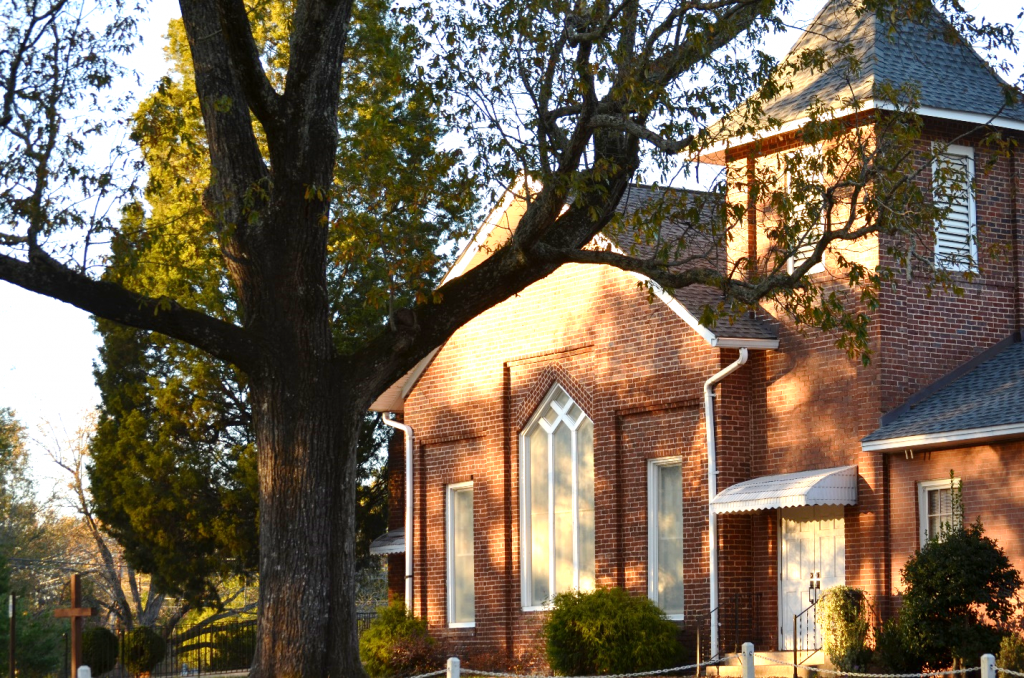 On the front lawn, lit by the sanctuary lights coming through the stained-glass windows, I saw a gathering of black faces. “Welcome,” I said, “Please come in. We are so happy to have you.”  They walked up the steps and drifted in slowly through the heavy wood church doors, smiling but apprehensive. I was Mr. Congeniality. I wanted so much for them to feel at home.

The Black pastor preached, I prayed, and both congregations sang gospel. Their music was out of the African-American tradition, born of oppression; they clapped, swayed, and shouted “Amen!” Our music was born of tenant farmers and hard times. The pianist threw her head back while she played the keys with a honky-tonk rhythm, and the choir sang “I’ll Fly Away” in a high-pitched country whine. I was the young preacher from up North being given a lesson in what it means to be caught by fire and the Holy Spirit.

I had no idea that I had created controversy in the community until after the fact. My wife had stepped into an adult Sunday School class unannounced and caught them in their grumbling. I received a visit from a man from a local fraternal order, asking me if I planned to make these “unseemly gatherings” a habit. I didn’t pay it much attention. Those who attended found themselves a little bit closer to what God wanted from us, and we had been revived.

And ever since, I have been discovering the Kingdom in faraway places, just around the corner from my home.