“The government helped us survive; the church gave us a community with role models and the confidence to work out of our dire circumstances…” 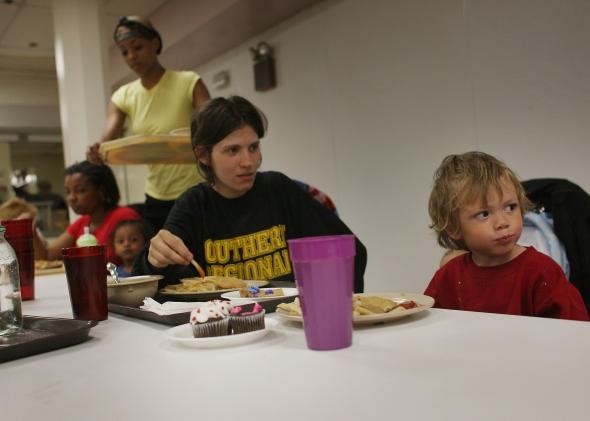 We have our cherished memories and then there are those days we’d just as soon forget, but it is in both of these that we find wisdom.
I recall as a young teenager, visiting the Department of Social Services with my mother. There were four children in our family and I was the oldest boy; perhaps that is why she took me. I never asked, and we never discussed our visit. It was painful territory. My mother had found herself in a situation where she could not adequately provide for her children and applying for government assistance felt like the end of the line. I saw the shame in her face, an image that I still recall.

That said, I am thankful there was a program to help us. It was called “Aid for Dependent Children.” While I regularly hear people speak of government assistance in derisive tones as handouts, we ate and stayed warm through a New England winter because the state provided.

To put a finer point on our situation, it wasn’t government that pulled us out of poverty, but our local church. The government helped us survive; the church gave us a community with role models and the confidence to work out of our dire circumstances.

When we joined Faith United Methodist my mother began to take a rotation in teaching Sunday School, served on a few committees and in time the pastor asked her to help out at the district level. I don’t recall the responsibilities; I recall her trying to fit church activities in between her work hours as a waitress and an elementary school teacher’s aide. While the department of social services wanted proof of her income and a long list of family details that pried into her life, the church gave her a place where she belonged. One institution wanted information; the other was ready to help her redeem her story.

Without a doubt, if my mother had not been brought into a Christian community, she would not have gone back to school and eventually come to the place where she was able to provide for her family. It was Christ and his church located on Montcalm Street in Chicopee, Massachusetts that changed the trajectory of her life.

Faith Methodist was not an extraordinary congregation, middle class and with an average attendance of about 68 on a Sunday morning, but they were faithful and ready to include her as an equal partner in their ministry. Their message was implicit; if we are each a child of God, then we each have something to offer. If the only stance my mother was encouraged to take was with her hands out, we would have stopped attending, and she would have resigned herself to a monthly check-in with the welfare worker.

From the very beginning, God gave men and women work to do. He told Adam and Eve to name the animals and till the garden. Society assumes that if you have no money, you have nothing to contribute. When poor folks begin to believe this about themselves, the result is generational poverty.

If you have known poverty, you understand that it is isolating. Money separates us from one another by neighborhoods, schools, social networks, recreation and too often by church. There is not much I can do about this list, but for the church. So, I ask, “Do you have a friend that is poor?”

Jesus did. He sat at the table and ate with the down-and-out. It’s time we lean in and have a conversation with a parent that is struggling to provide for her children. It’s time we get to know one another, not so that we help better, but rather so we can better love. The days of serving the needy while standing on the other side of the help counter are over. It doesn’t move people out of poverty.

After worship, on Sunday, March 18, the group from Memorial below will be leaving for the Lupton Center in Atlanta. We hope to reimagine charity in ways that transform lives. How can we build friendships and create partnerships that will restore families and communities? Pray for us and pray for the church.